For years I thought about making homemade vinegar, but since we don't drink and are not in the habit of buying alcohol, I never got around to it.  A couple of years ago, when a friend gave us a bottle of red wine, I was thrilled!  It was a sign from the universe that now was the time to try my hand at making designer vinegar.

No, I had no idea what I was doing, but that never stopped me before.   I did a Google search and didn't find a whole lot of information about it on the web [There is a lot more out there now!], so I did a lot of winging it.  This is what I learned:

Very simply this is what vinegar is all about:  Acetobacter are the bacteria that make vinegar.   They eat alcohol and produce acetic acid [vinegar].  The fastest way to make your own vinegar is to get some alcohol and some acetobacter and put them together and let them do their thing.   [There's no way to short cut the alcohol thing - it's what they eat.]

Things to remember:  Acetobacter is called 'vinegar mother', hereafter referred to as mother.  Dark is good. Warm is good. Sweet is good.  Mold is bad.

What you need:  container, alcohol, mother, cloth cover for your container and something to keep the cover on with.

Container: Some folks use crocks.  Crocks are great.  I saw a few sites that recommended using crocks with spouts, but other sites said don't bother because the spouts get clogged with mother.   I opted for glass jars.  I like to see stuff happening and you can't see through a crock.   I have my red wine in a gallon jar now and I started a white one in a quart jar.  [photo above]   I get the vinegar out with a ladle. Use wide mouth jars so you can get a big ladle in there.

Alcohol:   I've made vinegar with both red and white wine.  They say that the mother likes sweet wines and I believe them.  They also say that the better the wine you use, the better the vinegar you get.   The Gang of Pour uses all the wine left over after they do wine tastings.  I tried a shiraz [pronounced sher-ahh], but didn't really like the result.   I really like merlot - and you can buy it cheap in a box.  At Walmart.  White wine makes fine vinegar.   It's usually less sweet than red, so the vinegar is slower.  Don't panic if it takes longer.

Mother:   Sometimes you can get mother at wine/brewery supply stores.   I couldn't.  I tried making my own, but that was a waste of time.   Lots of folks online recommended using unpasteurized unfiltered [raw] Bragg apple cider vinegar as a mother start.   I did and it works beautifully!   [ Bragg cider vinegar is fabulous cider vinegar in and of itself.  I had no idea cider vinegar could smell and taste so good.]  When you go get the Bragg, you'll notice the sediment at the bottom of the bottle.  That's mother. That's what you're after. Get a bottle with lots of sediment.

Directions:
1.  Pour off the top quantity of the Bragg until you have a cup or so left in the jar - that'll be the part that has the mother.   Pour the mother out into your vinegar jar or crock.
2.  Pour the wine in your jar.   A bottle of wine and the mother should just fit in a quart jar.  If you have some wine left over, cork it and keep it in a cool place to feed your mother later.
3.  Cover the jar with cloth.   The cover will let the air in but keep the bugs and dust out.  For my gallon jar, I use a square piece of fabric held in place with a rubber band.  For my quart jar, I use an old tea napkin held in place with a canning ring.
4.  Put it in a dark and warm place away from places where you use yeast.   A pantry is perfect.  Once you've got a ripe mother, you can adjust the speed of things by adjusting the temp - warm speeds things up, cool slows them down.  Dark is important - sun will kill the acetobacter.  I put mine in the sun only to take these photos, then they went back in the jelly cupboard.
5.  It may take 6-8 weeks or longer before you have a good mother of your own.  Patience is a virtue. Once you see your mother floating at the top, your vinegar is ready to use.
6.  Use it like store bought vinegar.  It's great for deglazing [even in the early stages of ripening].  You can dilute it if it's too strong for you.  Some folks say to dilute 1 part water to 1 part vinegar.  We use ours straight.
7.  Don't forget to feed your mother.   Every once in a while, pour a cup or so of new wine into the jar to keep your acetobacter happy.

What you're looking for: If you start seeing little oil slicks on the surface of your vinegar, that's good!   You'll get collections of sediment at the bottom and maybe even on the sides of your jar.  If you're using red wine, your mother will be sort of liver colored and a ripe mother will resemble a placenta.   [Gross, but there it is.]   White mothers are creamy or pink.  Eventually, you'll get a lovely layer of mother at the top of your vinegar.  When it gets ripe, or if you disturb it too much, it will sink to the bottom and another will form at the top of your vinegar. You can see old mothers in the jars in the photo above.  Those old mothers can be used to start new vinegar.  Fish them out with a wooden spoon.  Don't worry about stirring stuff up. 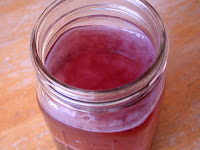 The photo to the right is of my white wine vinegar mother.  I used a red wine mother as starter, which is why it's pink instead of white.  It'll get whiter as I add more white wine.  This is a new mother, so it's only cloudy in the center instead of solid.  That's normal.  After I moved the jar, the mother sank to the middle.  That's normal too.

For more cool photos of mothers, check out the Texas Cook's blog

More notes:
If you don't want to buy alcohol, you have a couple of options:   1. Get someone else to supply you with wine and deliver it in a jar that says 'acetobacter food'.  or  2.  Start from juice.

Starting from juice is a two step process.  First you have to turn the juice to alcohol - yes, you'll be making wine.  Then you can turn the wine to vinegar.   It's way easier to have someone else buy wine for you.

I tried the juice to vinegar process last year.   I did finally achieve fermentation - and it was bee-utiful pink foam, but not before I achieved spectacular blue and white mold.  Mold is bad. I've read that some folks were able to just pick it off and still achieve mother, but I was never able to.   That batch was a total loss and I've stuck to the wine method ever since.

Here are two sites that tell you how to start from juice:
NatureMom
How to Make Vinegar 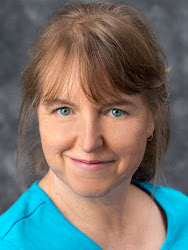 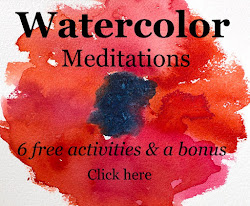 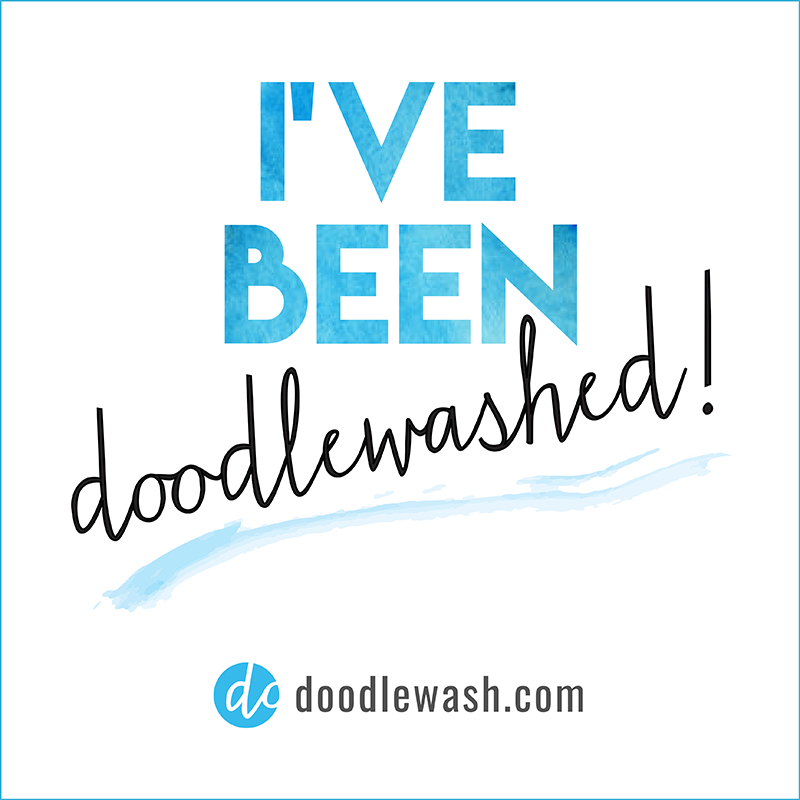